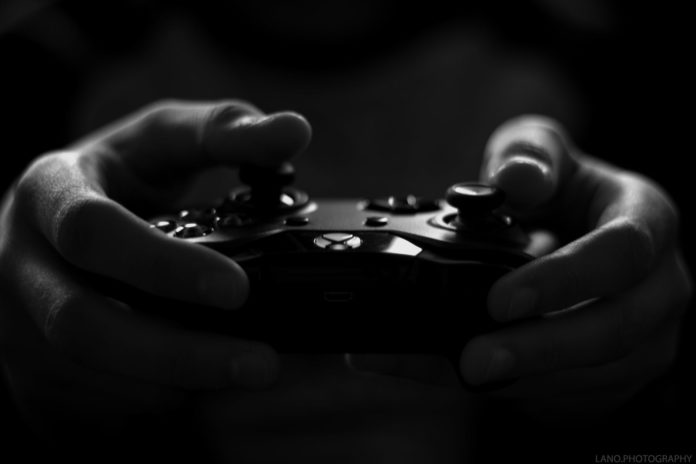 I am one of those so-called GAMERS”. Games are my icebreakers, time-out from all the heavy things in life, a portal to a new realm. I simply just love games, especially Massively Multiplayer Online Games (MMO), It’s my gateway to a new world.

As a kid, probably at around 13 years old, I was often told that I am becoming less of a person because games consumed a lot of my time. Fortunately for me, I begged to differ and continued on with my average happy-go-lucky life doing the things I love or have learned to love.

This article is for people who would liek to understand how gamers think or what they’ve learned throughout the years of hardcore gaming.

First thing gamers would learn is how to type lightning fast!

On our caveman years, we would often glance at our keyboards to see what we are typing. May it be for sharing strategies, making friends, or even cursing.

After 3 years or so, we would not even fathom how we learned to type faster than we can even speak!

Gamers are analytic thinkers and strategists

In a game, specially an MMO Game, a dude / dudette would need to pick their so-called characters; later these characters would develop traits as a real live person does, with strength, intelligence, agility as their foundation.

The primary goal of us gamers are to make our characters the best in the realm! Now how do we do this? we analyze pros and cons of our classes, we engage in strategic thinking, we make use of our fat and awesome brains (yes we have one) to achieve our goals or even surpass other gamer’s expectations.

We learn to be patient. REALLY REALLY PATIENT.

Contrary to the popular belief that gamers are very impatient, I know that I’m speaking for the community when I say that this thought is pure and utter bullpoop. _(^^,)_/

Most of us ARE patient! Just imagine, in a game, a character level’s up from 1 to a certain cap.

Some of the games I’ve played caps at level 250! Believe me when I say that sometimes, you can achieve the maximum level only after 1-2 years of constantly playing. People who don’t have the luxury to play on a daily basis may achieve this after 3-4 years depending on the game difficulty of course.

We are very loving and friendly!

Hah! if you thought that all we gamers do are curse, fight, curse again, or throw insults. This is not entirely true, some of us are soft hearted individuals. We form in-game groups, we talk about a lot of stuff, from what we do in the morning, our best and worst experience in life, how we pee (?),  and so much random logical / hilarious topics.

My own Short Story about this..

Then, came an MMO game called Ragnarok Online. I played it, and that time this game was a “big thing”, widely known even by other people from different countries. In this game I was somewhat a lone wolf, made myself strong on my own, hunted on my own, basically played on my own with minimal help.

Little did I know, that somewhere in the game lies my baby sister (not biological). Her in-game name was “MOMOKACHAN” she’s half Japanese, I’m half Chinese, and we were both an only child. We met in-game and I thought that she was very friendly. At first all we talked about was the game, then after a while we talked about life in general, then came a spiderweb of so much random stuff.

We ultimately decided to be brother and sister forever! Over 10 years have passed and we are still very comfortable with each other. Even if we have shared our deepest secrets, it would be kept until the end of time.

Right now she works at the same office as I do, as web developer, and also a co-author of this blog! YUP! I am a proud brother! :3

My baby sis and I have an unconditional relationship. I see here as my little sister, and she sees me as her oniichan (big brother). One of the most valuable things I acquired from my online gaming adventures was having her as a little sister! Which I dreamt of having for the longest time.

I believe that leaders are not born, they are honed by mistakes, perseverance, and experience. I see online games as a breeding ground for leaders. We learn to create and implement strategies, lead groups of random fellow gamers, and engage in more mistakes that you can ever imagine.

As a child I was meek and I rarely interact with people. Because of games, I learned to get along with a lot of individuals with different characteristics. ONLINE / OFFLINE individuals who believe in me made me confident enough to lead and pursue my passion.

There are lots of reasons why we play games, but one thing is for sure, one of the most important reason why we play is that because it is challenging and it is something new!

Try to observe people who are gamers and you will see that there is always a characteristic of eagerness to try something unorthodox. They have eagerness to achieve goals quicker compared to the rest of his/her peers. This is probably because all our games are ACHIEVEMENT based.

Our end-game is to always be the BEST at what we do! 🙂

Oh, and yep.. this is why whenever I run multiple errands for my mom I try to do it all in one go, even if it seems impossible to do so. Like spreading mayo on bread while massaging her back while researching something on the internet while parking the car.

I find it productive, but she said I was just being lazy. Well maybe it’s a bit of both? Nonetheless, I love my mom. 🙂

Multiple realms, multiple virtual experience, different encounters and environment leads our minds to think outside of the box. For us to become a respected gamer, we need our on-line characteristics to be unique. It may be in a form of skill, leadership, personality, game aesthetics, etc.

In the real world or as we call it in-real-life (IRL) these traits are carried over, such as how we evolve in-game, we also aspire to evolve IRL.

Such as a nation fighting for the good of all, we gamers have the same thought. We band together to fight difficult monsters for the common good. There are a lot of games (specially World of Warcraft) which requires SO MUCH team effort!

Imagine a team of 40 members striving to defeat an enemy which may take 30mins – 1hour to accomplish; if there was one mistake by one team member, you ALL need to go back to the drawing board.

A Beacon of Optimism!

This trait are for winners and only a handful of gamers have mastered being a beacon of optimism. Some gamers who often find the easy way out are the ones who are wading on the kiddie pool.

Being optimistic associates to being successful in game as well as in real life. Gamers who are optimistic about what their characters would become, despite the thought of long and hard work before they accomplish it, are the ones who would often be on top of the game rankings.

Such is true in real life! Every time you fail, every time you feel down, you should pick yourself up and try become optimistic! You would be surprise that achievements will be popping out left and right, then you will soon be living your dream with utmost satisfaction!

Philippines – The Richest Country in the World (Marcos & Tallano...